The use of growth regulators is a difficult field of agricultural art. It is easy to make a mistake, which will have a disastrous effect on our plantation, which is why we decided to invite experts in this field. BASF was represented by two representatives from the Polish branch of the concern.

The turnout was again great, and the topic was really comprehensively discussed, in addition, everyone received a concise guide with practical advice on the mechanisms of regulating the growth of cereal plants.

The meeting with KNR SGGW was treated very professionally by Dow AgroSciences. We hosted the president of the Polish branch of the concern – Mr. Andrzej Paluch and one of the best people in the company in the field of plant protection – Dr. Sławomir Kutrys.
The company’s activity and its commercial offer were widely discussed. The principles of proper weed control in cereal and oilseed rape are presented in more detail. The members of our circle were familiar with the discussed measures, such as Mustang, Nomad or Lancet – this also pleased our guests.

All participants of the training received small gifts from Dow AgroSciences: flash drives, a copy of “Good Cultivation” and office accessories. 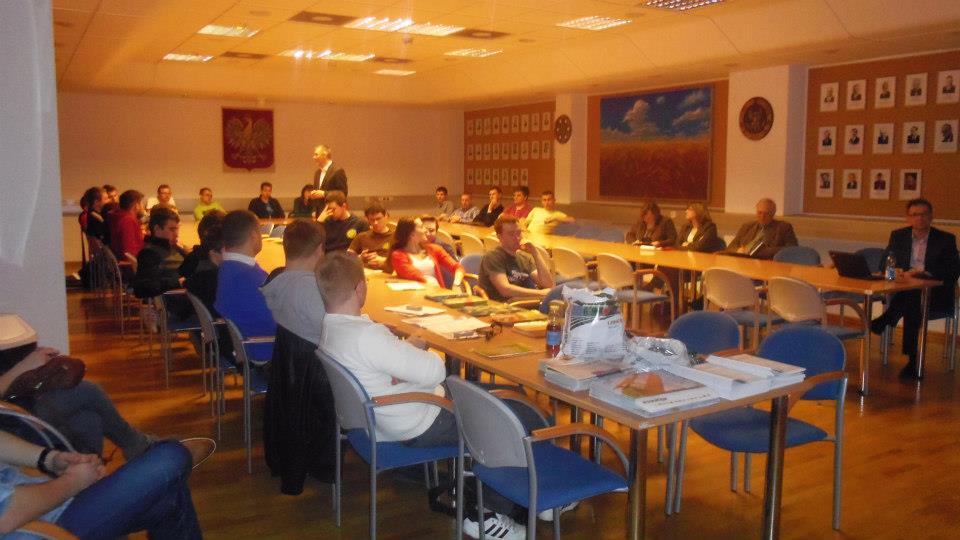 We were pleased to host at the meeting also representatives of our staff: Dr. Anna Wysmułek, Dr. Agnieszka Ciesielska and Professor Jan Łabętowicz.

The KWS Lochow company needed no introduction, all participants of the meeting knew the brand and its quality very well. This time we focused on breeding and growing sugar beet.

Undoubtedly, the participants were most impressed with the topic of winter sugar beet varieties. Plants of these varieties are ultimately to be used as raw materials for biogas plants during the early spring period.
We were also honored by the presence of the Dear Dean of WRiB Prof. Zdzisław Wyszyński and Prof. Sławomir Podlaski and Prof. Stefan Pietkiewicz from the Department of Plant Physiology at WRiB.

On April 9, 2013, in the Council Room of the Faculty of Agriculture and Biology, a meeting was held with Dr. Adam Gleń – Danko’s expert in agricultural consultancy in the field of agrotechnics and variety selection. The main topic of the meeting was agrotechnics of cereals and legumes. Danko’s wide commercial offer was also presented. 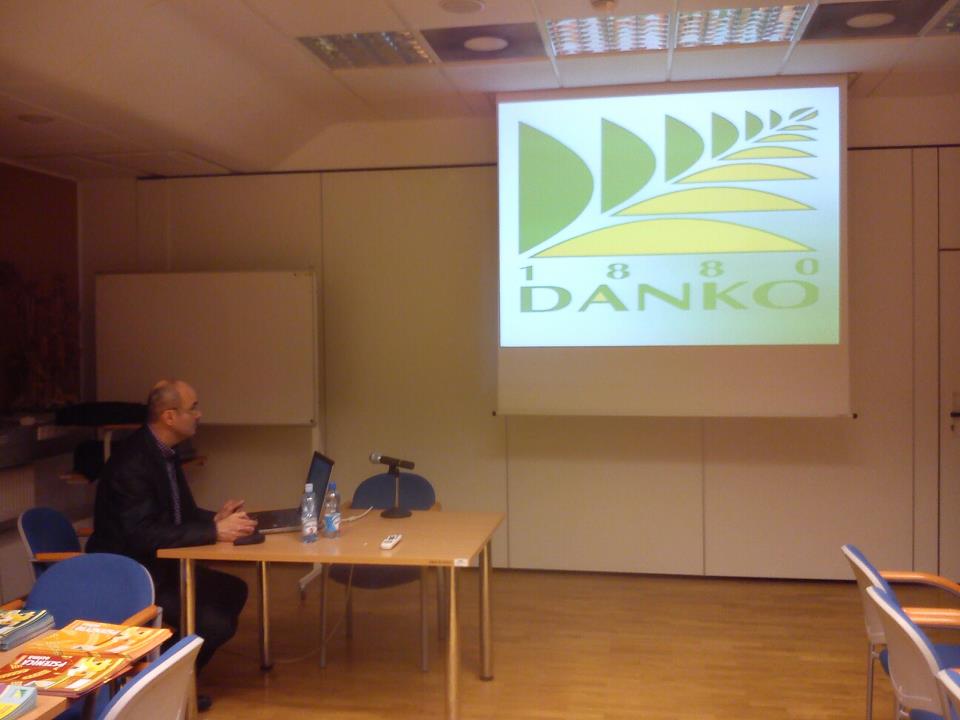 In the photo, Dr. Adam Gleń. The meeting was held in a relaxed atmosphere, Dr. Gleń did not leave any questions unanswered.

Meeting with the vice-president of the National Council of Agricultural Chambers – Mr. Marek Borowski on November 27, 2013

KRIR is a public benefit organization that cares for the interests of the Polish countryside – it protests against unfavorable government decisions, makes proposals for amendments, motivates farmers to act, popularizes agricultural knowledge, etc.
At the meeting with KNR of the Warsaw University of Life Sciences, Vice President Marek Borowski briefly summarized the situation in Polish agriculture. He also raised the issues of the future of the CAP, the outline of the RDP 2014-2020 and the problem of hunting damage. We are disappointed to admit that we did not receive the latest information on the new RDP, which was probably what the participants of the meeting hoped most. After the presentation, a lively discussion began, during which the subject of direct payments was discussed in more detail.
Thank you very much for your numerous presence.

On 28.02.2012, the Rural Youth Union together with the Agricultural Science Club of the Warsaw University of Life Sciences organized provincial qualifiers for the national finals of the XXXI Olympiad of Young Agricultural Producers. The participants competed with each other in two stages – a written test and an oral answer before a committee of specialists, composed of individual areas of agricultural knowledge.
Five participants, including one of the members of our Club – Mateusz Tołłoczko (4th place), advanced to the national finals, in accordance with the rules of the Olympics. Below is a link to view photos from the event: